A quest within became game changer

On December 8, 2017, while delivering her inaugural address at the 8th Global Entrepreneurship Summit (GES) 2017 in Hyderabad, Ivanka Trump, the then adviser to the former US President Donald Trump, specifically mentioned three women entrepreneurs in the audience who represented “the vision, the ambition, the grit of every entrepreneur” of the summit. One among the three was Assam’s Rajlakshmi Borthakur, founder & CEO of Terrablue XT, a healthcare startup.

Before founding Terrablue XT, Rajlakshmi (or Raji as she is fondly called) had over 14 years of experience with corporate giants ranging from Infosys to EY with the world at her feet. However, the birth of her second child turned her world upside down, albeit temporarily. And thus began a search within which made her what she is today.

Her younger son Tejas has had epilepsy since birth and often required emergency medical care to bring his seizures under control. Hence, Raji with the hope of a better tomorrow for her son dreamt of making a device that could give her some indication of her son’s impending seizure giving her family enough lead time for precautionary measures.

While she was trying to make sense of her son’s problem, it dawned on her that she was better off than many others. While her family had the resources, there were others at risk and those, including parents and even patients, who did not even understand the intricacies of the disorder. These were people that needed more care than her son and there was not much available, either in terms of support or awareness, to make life easier for them. This was the vision that gave birth to TerraBlue XT. The startup has developed smart gloves known as TJay and Xaant (pronounced Shant) which are designed for early detection and management of epilepsy.

The TJay gloves have sensors that extract information from the palm of our hand. This information is transmitted continuously to Poketee, a personal data gateway and intelligent system that comes with TJay. It makes it easier for doctors to arrive at a more accurate and faster diagnosis with the help of real-time data collected over long periods of time.

Post TJay, Raji came up with Xaant, the world’s first wearable medical diagnostic device for the automatic identification of mental health status. With Xaant’s real time data, we can recognize what makes us anxious and angry, enabling us to manage our mental stress better.

She has been felicitated by Prime Minister Mr Narendra Modi, while being a recipient of numerous awards: Forbes Women Trailblazer, 2019; Women Transforming India, 2017 by United Nations, Niti Aayog & MyGov India; Innovative Entrepreneur by the Government of Assam to name a few. 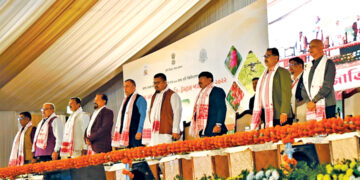 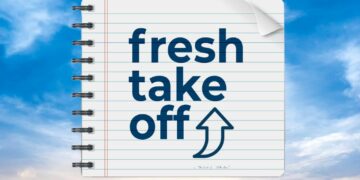 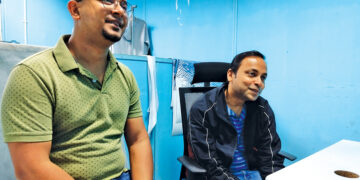 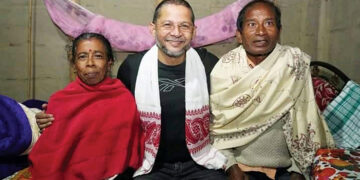 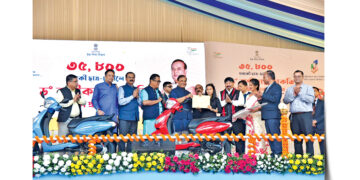