Time for a Lasting Solution 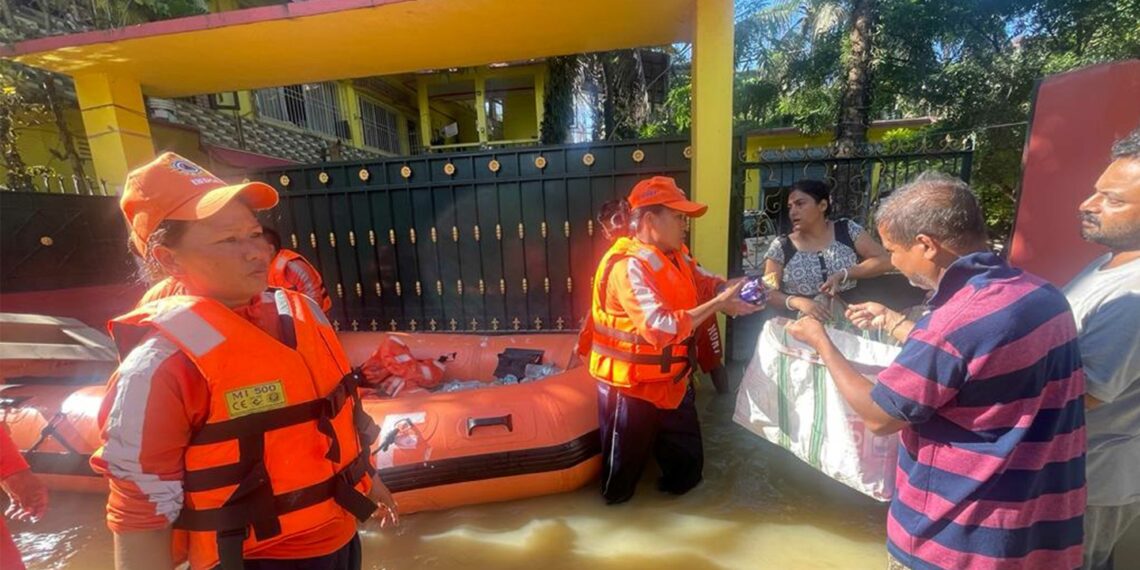 Nature pummelled Assam again. The destruction caused by incessant rainfall leading to landslides and flood has come back to haunt us one more time. To begin with, the districts of Bajali, Darrang and Kamrup presented a grim picture but then nothing was grimmer than Cachar, especially the Silchar town scene. This flood in the State has brought development activities to a halt impacting the socio-economic life of people. Despite genuine attempts by successive State governments and the Centre, nature is still having the last say on this matter.

The post-landslide scene in Dima Hasao is a grim foreboding of the fury of nature. The unprecedented flooding of Silchar town and Guwahati artificial flood scenario have caused havoc to the dwellers. Whether it is man-made or natural, the debate can continue but what is clear is that a piecemeal approach to flood control and its management, not to mention, a round-the-year erosion that subsumes the State’s landmass by the kilometres, is not the answer.

When this Government had assumed charge last year, a proactive Water Resources Minister Pijush Hazarika was in full throttle. He was inspecting dykes, embankments, putting in place flood control measures, and calling for greater inter-departmental cooperation. But there is so much that a Government can do, faced with such an onslaught. Although the full impact of this latest round of flood is yet to unravel, what has come though official statistics is humongous.

Loss of lives and property in flood is a given, yet the mark of a government lies in how it has managed to minimise the damage going by previous experiences. What perennial floods in Assam and their recurrences, in phases, do is to prevent the State from realising its development potential. A coordinated Central and State relief and rehabilitation measures can only assuage short-term pain, but there is no alternative to a permanent flood control measure.

While the governments in the State and Centre are focused on short- and medium-term strategies for mitigation of flood and erosion, it is important to put in place a long-term strategy, with scientific planning and management, for a lasting solution to benefit the people and the State.