by AB Bureau
in Assam on the Move, English Edition
8
0 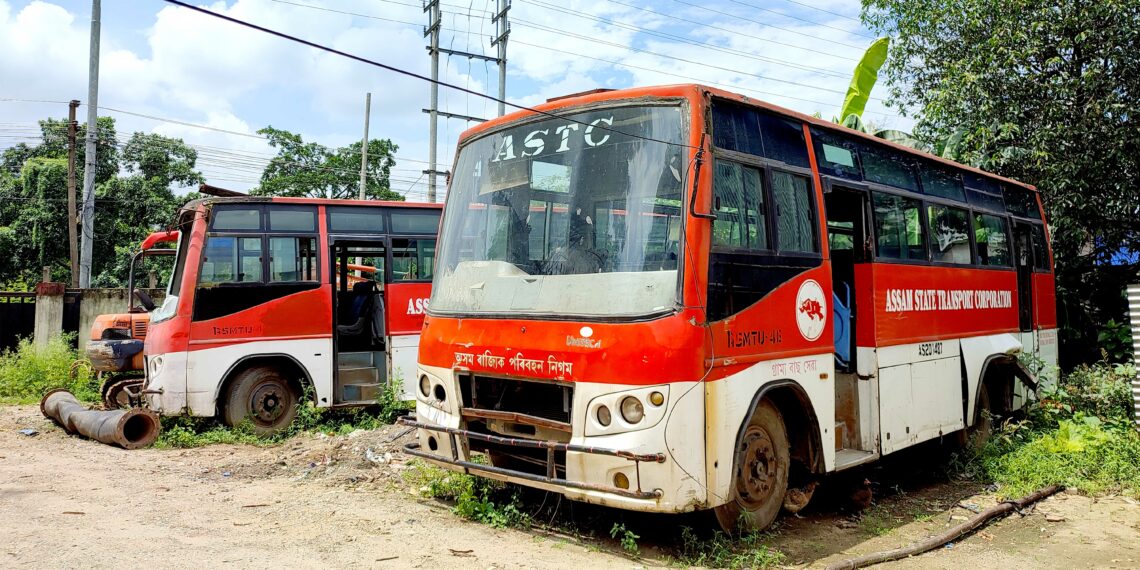 Amiya Mishra, a retired government servant and Dilip Goenka, an industrialist, have never met and have even not heard of each other. Soon, though, they will have some sort of a connection, and a symbiotic relationship to boot although they may still remain oblivious of each other. Mishra’s old car, an i10, may land up at the yet to be completed Registered Vehicle Scrapping Facilities (RVSF) of Goenka, wherein the latter will suitably compensate the former based on the guidelines of the Assam Government’s Vehicle Scrappage Policy 2022.

The policy is aimed to bring in multiple benefits ranging from easing traffic congestion to reducing environment pollution through reduced usage of non-renewable energy sources.

“The continued usage of old vehicles and the ensuing traffic problem has contributed immensely towards environmental pollution and excessive use of non-renewable energy sources. Moreover, non-scientific vehicle scrappage practices also contribute towards environmental damage by way of water/air/soil pollution along with unsafe working conditions for workers,” the policy note reads.

Transport Minister Parimal Suklabaidya told Asom Barta that an absence of a scrappage policy in Assam was being felt for a long time. “Even if the owner of a vehicle wanted his vehicle to go for scrapping, there was no formal way to do it. Now, vehicle owners will get the right price for their old vehicles and contribute to pollution control and fuel conservation,” the Minister said. “This policy along with the Electric Vehicle Policy will change the existing landscape. Scientific scrap will generate raw materials for many industries, which will have a positive impact on the economy.”

There are about 10 lakh vehicles older than 15 years, also known as End of Life Vehicle (ELV) in Assam. An additional 8 lakh vehicles will join this segment in the next five years. The policy mandates that vehicles without registration certificates, fitness certificates, and those belonging to government, public sector, government agencies and autonomous council which are older than 15 years shall have to be compulsorily scrapped. Besides, vehicles damaged in collisions, fires, natural disasters and accidents, vehicles under listed categories of Scrappage Policy, 2022 will be consigned to scrapping facilities, which are due to come up across Assam, based on guidelines laid down by the Ministry of Road Transport and Highways (MoRTH).

Under the policy, it will be compulsory for heavy vehicles to obtain fitness certificates from automated testing stations from April 1, 2023 and for medium weight vehicles and light vehicles from June 1, 2024.

“The Policy will pave the way for a circular economy while preventing pollution,” Transport Department Commissioner Adil Khan told Asom Barta. “If a vehicle owner brings a vehicle for scrapping, he will get a Certificate of Deposit in addition to the fixed price. This will entitle her to get 25% and 15% exemption in vehicle tax for non-transport and transport vehicles respectively and full exemption in registration fee for a new one. For a new electric vehicle against submission of “Certificate of Deposit”, the concession shall be in addition to the tax exemption available under the Electric Vehicle Policy of Assam, 2021 on the balance tax.

The Transport Department will also launch a ‘One-Time Settlement’ scheme for vehicle owners to voluntarily give up their vehicles for scrapping. They will get a tax waiver up to 75% against their outstanding arrear/dues (if any). “All non-scientific scrapping practices will be stopped. Government vehicles older than 15 years will be scrapped by next December,” Khan added.

Goenka’s RVSF is coming up in Rangia if all goes well. The Assam Government has meanwhile promised power and generator set subsidies, 100% reimbursement of State GST, among others for entrepreneurs under its policy.

“I thank the Chief Minister for his vision in giving industry status to registered vehicle scrap establishments. We signed an MoU with the Government of Assam on September 3, 2021 for setting up an RVSF weeks after the Prime Minister announced the National Scrappage Policy,” he said.
However, Misra is in no hurry to dispose of his car just yet although he says the policy is a welcome move with the right intent.