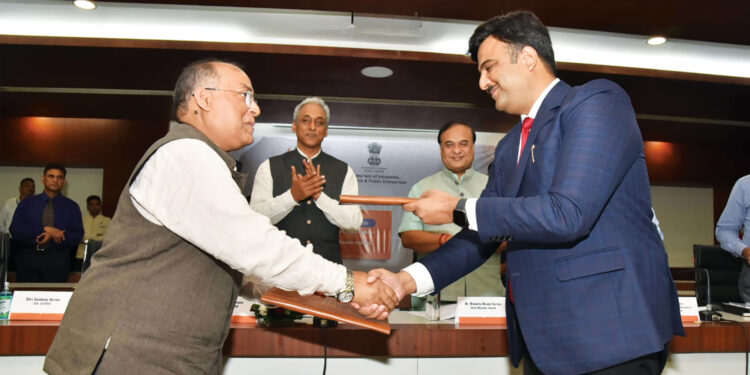 The MoU signing ceremony between SIDBI and the Government of Assam.

The State Government’s signing of MoUs with the Credit Guarantee Fund Trust for Micro and Small Enterprises (CGTMSE) and SIDBI Venture Capital respectively for facilitating finance access to micro and small enterprises and start ups has been welcomed by industry bodies and industrialists in the State.
The MoUs were signed in an MSME conclave in Guwahati on September 19.

President of the Federation of Industry & Commerce of North Eastern Region (FINER), Bajrang Lohia said that the agreement with SIDBI and CGTMSE will create a conducive atmosphere for the MSME sector in the days to come. He said that collateral free advance to ‘MSME and start ups’ is one of the most important prerequisites for developing a vibrant entrepreneurial ecosystem.

“The availability of funds under the scheme shall go a long way to assuage the needs of industry,” said Lohia.

The size of the SIDBI Venture Capital Fund is ₹ 200 crore. A sum of ₹ 100 crore will be contributed by the State Government, ₹ 50 crore by SIDBI and the remaining ₹ 50 crore will come from other sources.

Chief Minister Dr. Himanta Biswa Sarma termed the day as a red-letter day for the industry sector of Assam and hoped that it would lead to rapid industrialisation in the State.

Dr. Sarma said that the collaboration with CGTMSE aims at providing additional guarantee coverage for the loans given by lending institutions to micro and small units in Assam. He said that 80% of the guarantee coverage of loan will be provided by CGTMSE, and the balance 20% would be covered by the State Government. Referring to SIDBI’s estimate, he informed the gathering that a corpus support of ₹ 100 crore will lead to a portfolio creation of ₹ 5,000 crore while the yearly fund requirement from the State Government would be around ₹ 22 crore to ₹ 26 crore in the next three years.

Dr. Sarma said that there are more than 66,000 industrial units in the State which contribute 29% to the Gross State Domestic Product. Out of these industrial units, 88% are micro, 11.5% are small and medium industries. He said that between 2016 to 2021, 32,770 MSMEs were established in Assam, out of which 13,440 enterprises are in the production sector where 1,30,294 youths have got employment.

R S Joshi, a former chairman of FINER, said that availability of bank credit without the hassles of collaterals and third party guarantees will be a major source of support to first generation entrepreneurs to realise their dream of setting up a unit of their own.

“The move to make funds available for budding entrepreneurs addresses a major concern of MSE entrepreneurs,” he said.

Joshi appealed to the Assam Government to constantly monitor the implementation of the agreements. “The agreement with SIDBI should be implemented in letter and spirit. It will create a ground for the next level of industrialisation in the State. But monitoring, too, should be carried out on a timely basis,” said Joshi.

Stressing the importance of speedy disbursal, Banamali Sharma, an industrialist, said that the Government should monitor the implementation of both the agreements. “A budding entrepreneur always needs credit to start his venture. If the spirit of these MoUs is respected in practice, you will find many more entrepreneurs coming forward to avail the scheme. This will have a direct impact on the economy,” said Sarma.

The Chief Minister also ceremoniously launched Assam Logistics and Warehousing Policy 2022 at the conclave held at the Assam Administrative Staff College. He said that the policy is an initiative in making Assam a regional logistics hub to augment economic development of the State.

Industry and Commerce Minister Bimal Bora, CMD SIDBI S. Ramann, Principal Secretary to the Chief Minister Samir Kumar Sinha were among those present on the occasion. 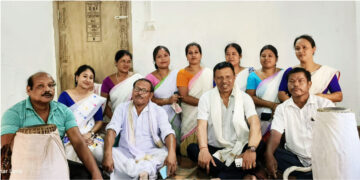 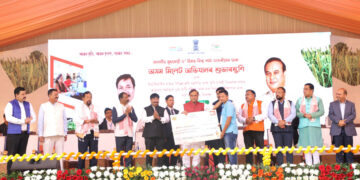