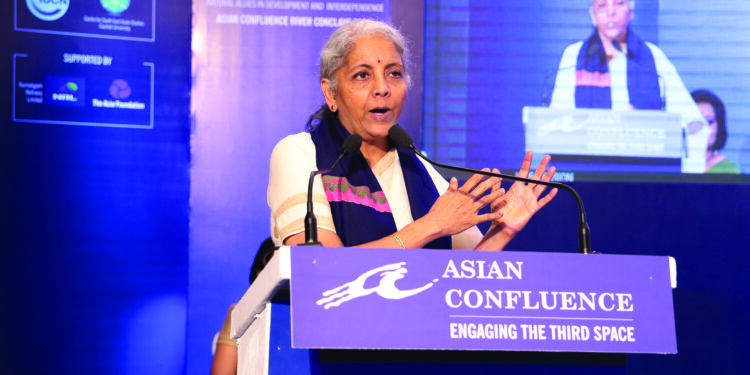 The Central Government’s increasing attention towards the North East consolidated with two more initiatives, this time by the Ministry of External Affairs. Foreign Minister S Jaishankar was in Guwahati on May 28 to inaugurate an international river conference to articulate the collective vision of cooperation in the Bay of Bengal and the Southeast Asian region.

He termed Bangladesh, Bhutan, Myanmar and Nepal as India’s most trusted global partners along with Japan and members of the ASEAN (Association of South East Asian Nations).

Jaishankar said the importance of North East India in the overall scheme of things of the Central Government has made it obvious that India should work with its most trusted global partners.

The Union Minister reiterated that the Kaladan Multi-Modal Transit Project, which will provide an alternative route between India’s landlocked North East and Southeast Asia, has been one of the hardest projects, both because of topography and law and order issues, but India was determined to ‘‘spare no effort to get it”.

Referring to the various initiatives India has taken in South Asian countries, Jaishankar said, “We are also looking at the feasibility of creating a cross border rail line between Bhutan and India, running through Assam.”

Union Finance Minister Nirmala Sitharaman while addressing the valedictory session of the conclave reiterated that development of infrastructure and connectivity in the region have been Centre’s focus areas since Prime Minister Narendra Modi assumed office.

Sitharaman said that the Prime Minister has emphasised a “Neighbourhood First” policy as well as the “Act East” policy. “This focus has shown positive results”, said Sitharaman. The Union Finance Minister said that the conclave has kept five ‘Cs’ of connectivity, commerce, culture, capacity building and conservation – as its focus area. “These five pillars essentially capture the areas which are critical for the development of the region,” said Sitharaman.
Highlighting the improvement of National Waterways of NW-1 (Ganga), NW-2 (Brahmaputra) and NW-16 (Barak River), Sitharaman said these three national waterways will play a vital role in faster development of the region.

Sitharaman said improvement of relationship with Bangladesh in recent years shall pave the way for faster development of the North East region.
Assam Chief Minister Dr. Himanta Biswa Sarma, in his address, said that better cooperation and connectivity, with judicious use of natural resources, were the key to the overall prosperity of the region.

“North East is India’s gateway to South East Asia. Our Government is working to make Assam an industrial hub not only for the region but to cater to the requirements of ASEAN countries. There is a need to leverage the advantage of Assam’s unique location,” he said.
Speaking at the special plenary session, Union Minister of Ports, Shipping & Waterways, Sarbananda Sonowal advocated for an ecologically responsible economic growth in the South-east Asian region.

The third edition of the conclave, ‘NADI’ (Natural Allies in Development and Interdependence), was organised by Shillong-based thinktank Asian Confluence in collaboration with the Union External Affairs Ministry, Act East Policy Affairs Department of the State Government, North Eastern Council, among other partners.

The conference was aimed at building confidence in the key role of the North East in taking forward India’s strategic initiative for energy and water security in the neighbourhood and the Bay of Bengal region leading towards a vibrant and secure Indo-Pacific.
A day prior to the event saw the participation of eight ASEAN envoys in a connectivity conclave called “Act East through North East” which was inaugurated by the Assam Chief Minister.

In his keynote address, Dr. Sarma thanked the Centre for massive infrastructure investment in North East India.
“Our Government is working hard to make Assam a gateway of the India-ASEAN relationship. For development to pick up pace, peace and a conducive investment climate are needed. Peace has been restored and we have created a conducive climate for investors to invest in the State. In fact, Assam is currently among the top three ranked States in the country to attract external aid,” said Dr. Sarma.

Sanjeev Sanyal, member of the Prime Ministers’ Economic Advisory Council, in his address, said that for its unique geographical position and ethnic diversity-cum-cultural affinity of the northeastern region with many ASEAN countries, the region is poised to be the economic hub of India-ASEAN relation.

High Commissioner of Singapore to India, Simon Wong, in his address, spoke of Singapore’s interest to invest in three sectors of tea, petrochemical and food processing in Assam. He also outlined his country’s interest in investing in a multi-modal logistics park in Guwahati.
The Government of India, as part of the “Act East policy”, has been working with ASEAN members to improve connectivity, boost the quantum of trade & commerce, and enhance economic cooperation. Participants in the conclave deliberated on emerging opportunities for enhancing connectivity, trade, and investments relations with ASEAN, with a focus on Assam and the North East. 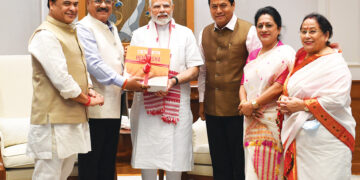 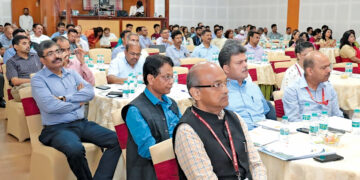 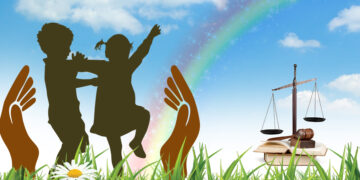 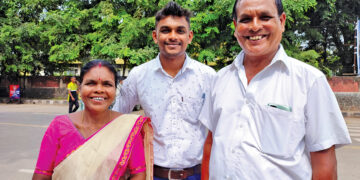 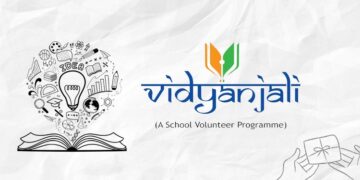 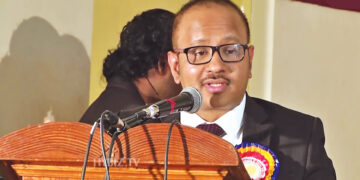