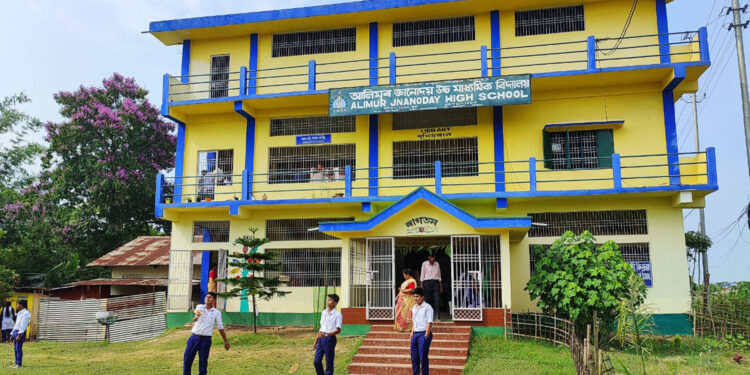 Every school or educational institution has a school management committee (SMC) to supervise its various functions. However, with changing times, the formation and features of these committees must also change.

Representatives from among parents, as well as a prominent person from the community should be included in the formation of the SMC and given prominence. However, when selecting a social worker, emphasis should be placed on his/her influence in the society. This will have a direct bearing on the schools.

owadays, the government has delegated the responsibility of every district to a Guardian Minister. Their dedicated efforts have resulted in expediting various development works in the district. Similarly, the Government should include a leading person from the community to form the SMC. Emulating the Guardian Ministers model, the Government may decide to entrust such persons with the responsibility of ‘Guardians’ of the school. Such persons can present the problems and various aspects of the school to authorities concerned.

Schools play a pivotal role in developing the human resources of an area. If the SMC is strong, the school will reinforce the trust of parents and students in the area, while resulting in higher enrolment. A lot has been commented regarding the recently declared HSLC results and infrastructure in government schools. If locals are given the opportunity to take the lead, schools will reap benefits in the future.

However, there have been many instances of self-gratification in the formation of SMCs in some schools. In many schools, head teachers or principals name their relatives in these SMCs. This can easily be avoided in the majority of cases. Once the SMCs are formed, their personal details must be in public domain for transparency and rooting out nepotism.