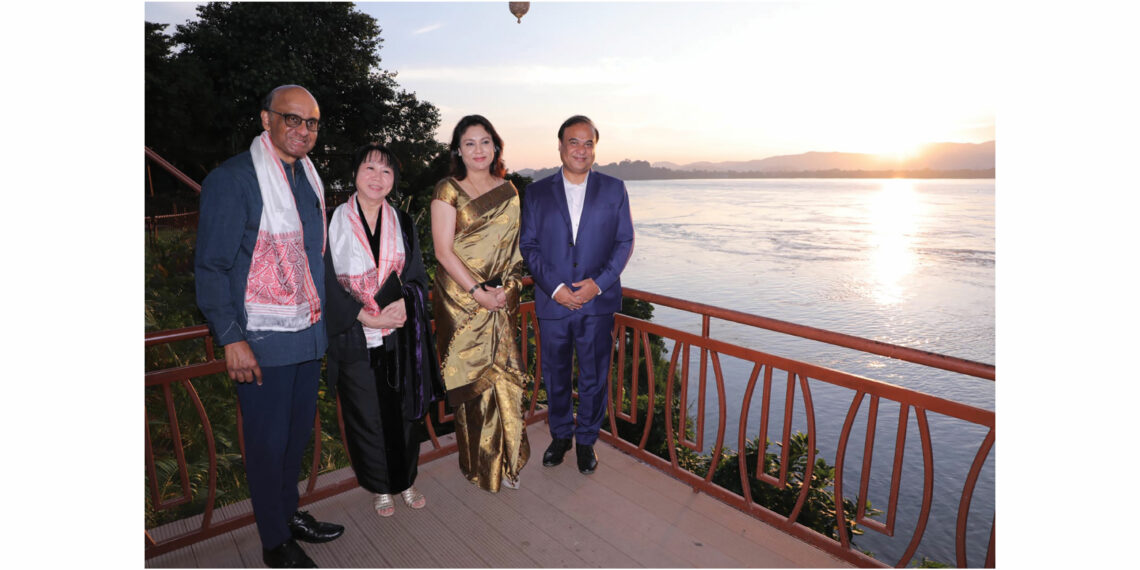 Singapore Senior Minister Tharman Shanmugaratnam led a high-level delegation from his country to Assam to explore areas of cooperation with the State. His two-day presence here signalled the importance that the city state was giving to Assam. Fittingly, it was marked by a series of official engagements, including signing of MoUs with some leading business groups of the country.

Speaking at the event, the Chief Minister stated that the signing of the “letter of intent” would add strength to the “organic relationship” between Assam and Singapore. Dr. Sarma spoke on the importance of a masterplan to transform Guwahati into a world-class city. He said that the expertise of Surbana Jurong would help in achieving the aim.

He stressed the need for critical infrastructures such as cold-storage, supply-chain infrastructure, and modern modes of transportation, among others.

Mr Shanmugaratnam spoke of possibilities in a post-Covid world. “Now that we have crossed the worst phase of Covid-19 spread, and the world resumes on path to recovery, Assam must utilise its full potential in the field of economic growth,” Shanmugaratnam stated, adding: “I am certain we (Singapore and Assam) would be very good partners when it comes to cooperation in each other’s field of expertise.”

Earlier, he visited Nest, the Assam Start Up. The visiting delegation explored possible areas of cooperation in river connectivity in his interaction with officials of the Transport Department in the presence of the Chief Minister and some of his Cabinet colleagues.

The Senior Minister visited Sulakuchi, Weaving Centre on the second day of his visit where he interacted with the weavers. During his visit to IIT-G, he visited the institute’s Centre for Sustainable Polymer and Nanotechnology before winding up the day with his presence at the North East Skill Centre wherein the ceremonial presentation of “Certificate of Completion” of NESC to ASDC by ITEES, Singapore was held.