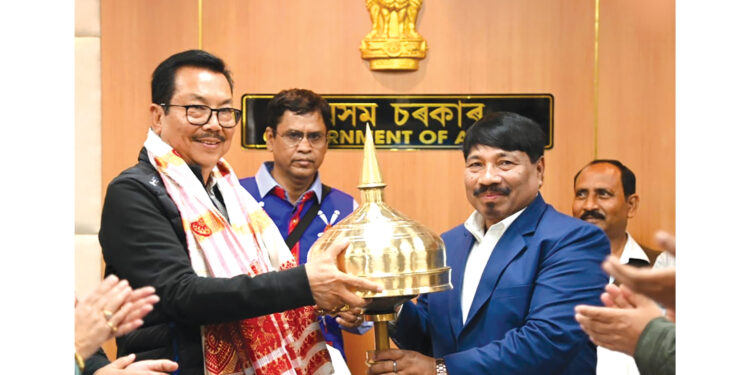 A high-level meeting of regional committees of Assam and Arunachal Pradesh to solve the boundary dispute between the two neighbouring States was held in Janata Bhawan on December 22. The meeting re-emphasised the importance of the Government of Assam under the Chief Minister Dr. Himanta Biswa Sarma had laid on the issue.

Leading the Assam side was senior Cabinet Minister Atul Bora while Arunachal Pradesh was represented by its Deputy Chief Minister Chowna Mein.

“The meeting was the third one between the regional committees of the two States regarding three districts and contentious issues were resolved through mutual agreement,” said the Assam Minister. The Arunachal Deputy Chief Minister said that the meeting was “result-oriented”. He termed the Assam-Arunachal Pradesh relationship carrying on a legacy which needs to be respected and not tarnished despite the border row.