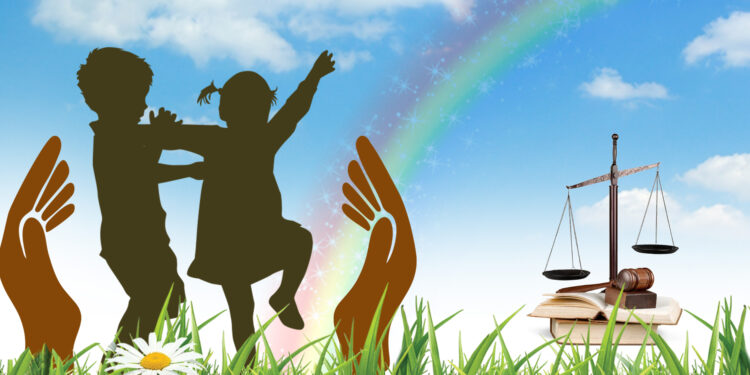 It was May 14, 2021 when a youth lured a 14-year-old girl to an isolated location and raped her. He also threatened her with severe consequences if she was to disclose the incident to anyone. On May 15, the family members of the girl lodged an FIR at the Jagiroad Police Station under the Pocso Act 2012. The Morigaon Police swung into action and arrested the youth and started their investigation into the case. On June 23, barely a month after the incident, the police deposited the case diary in the court.

Almost a year after the trial began, the court of Additional Session Judge and Special Judge (POCSO) gave a verdict on June 18, 2022 which sentenced the accused to imprisonment for a period of 20 years and a fine of ₹ 20,000.

Coincidentally, Assam Chief Minister Dr. Himanta Biswa Sarma had days earlier, prior to the incident, asked the Home Department to be extra vigilant on the safety of women and children.

The Morigaon incident was followed by a gruesome incident in Kokrajhar on June 13, 2021 where two minor girls were raped and hanged by a tree. The incident happened barely a month after he had assumed office in Dispur. The Chief Minister personally travelled to the place of the incident and directed the police to do the needful to bring the culprits to book. Based on all evidence and the case dairy submitted by the police, the session court in Kokrajhar awarded capital punishment to the three culprits.

The seriousness of the Chief Minister’s statement was on display again when he made a personal visit to the residence of yet another rape victim, this time in Bhuragaon in Morigaon, and met her family members while directing the police to speed up the investigations.

Similarly, in August this year, his office had asked the Home Department to suspend Darrang SP, an ASP and the Officer In-charge of Dhula Police Station for ‘dereliction of duty’ in a case related to rape and murder of a teenager in Dhula, Dhekiajuli. Dr. Sarma with his Cabinet colleague Ashok Singhal went to the residence of the victim to express their empathy and promise speedy justice.

After assuming charge of the Government last year, the Chief Minister directed the then Assam DGP to focus specifically on cases related to Pocso and its sensitisation.
An NGO, Utsah, working on the issue of child rights has been assisting the Assam Police. Miguel Das, founder of Utsah, says,“It is unfortunate that even minors as young as two and three are becoming victims. We are working hard to sensitise these victims and get them and their family justice. We assist the police personnel on Pocso laws through their project called Shishu Mitra.” He informs Asom Barta that societal considerations have forced many families to cover up such incidents. “Adding to the misery is the low level of awareness of Pocso Act 2012.”

According to data published by the National Crime Record Bureau for 2020, there were 1496 FIRs filed in Assam under Pocso. The numbers increased to 1926 in 2021.
Among the districts that are working actively on the case is Bongaigaon. Out of the 20 cases registered, 13 have been disposed of. Bongaigaon Superintendent of Police (SP) Swapnil Deka says that his team focuses on speedy and flawless investigation, safety and security of the victims and their family, and compensation for the victims. “The moment we receive a complaint, our team ensures the safety of the victim, and her rehabilitation. Among the procedural things that we do are health examination of the victim, visit to the crime scene for fair investigation, etc. Once the perpetrator of the crime is arrested, we file a charge sheet under the stringent Pocso Act.”

Miguel says that under the Pocso Act, if there is no goof up in the investigation, the victim is assured of justice. He, however, insists that awareness at the societal and at the level of all stakeholders must go a notch higher than what exists today. “I am, however, thankful to the Assam Chief Minister and the DGP for taking personal initiative on this,” he says.

Morigaon SP Aparna Natrajan lists out some of the to dos under the Act. “ We can term the Pocso Act as a friend of children. Under the Act, there are special steps that the police need to practice from taking the victim’s version of the incident to the investigation of the case. All these to ensure that the mental and emotional health of the victim or the child is never compromised.” She says, “In our district, we have trained members of an NGO called Mahila Mehfil through psychologists and psychiatrists. These women, in turn, embalm the scarred psyche of the victims. There are times when additional and vital information can be had from these victims who confide in these women.”