by AB Bureau
in English Edition, MLA's SPEAK, News From The State
0
0 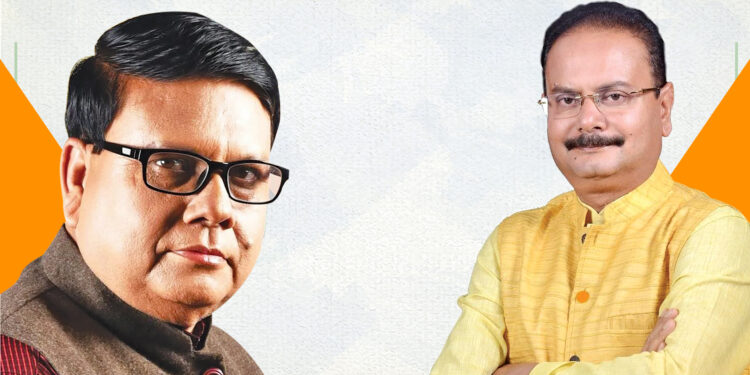 1. How is the Government’s attitude towards the overall development of constituencies in the State?

2. Can you brief us on the development in road construction, infrastructure, Assam Darshan, sports, etc., in your constituency?

3. Which of the schemes of the present Government you single out to be people-centric?

Ans 1: The initiatives taken by this popular Government of ours in Dispur is aimed at the overall improvement in the lives of the masses. Be it scheduled caste and scheduled tribes, or for that matter the tea tribes, Goriya and Moriya, policy measures on education, land pattas, and spiritual issues and health have all been important steps.

Ans 2: So far, we have built and improved 200 odd-roads under various schemes of the PWD (Roads) Department in Gohpur constituency. Under a signature project, work on a stadium in Ghaiya Village with an investment of ₹ 10 crore is in progress. In Borangabari, a nursing college is coming up. Under Assam Darshan, infrastructure improvement of over 175 nam ghars, bathou temples and churches is on. The historical Sri Sri Maa Kalyani Devalaya is being promoted as a spiritual tourist destination with an investment of ₹ 4 crore. We are spending ₹ 15 crore to uplift the infrastructure of Chaiduar College and Kalabari College. The historical Gohpur Borpukhuri is getting a facelift. Besides, the Gohpur Thana where Kanaklata Barua and Mukunda Kakati were martyred by the British is being converted into a tourist destination. On September 20, a 100-bed hospital was inaugurated by the Chief Minister

Ans 3: The State Government is bringing various insurgent groups into the mainstream. We appreciate the all-out offensive against drugs in Assam. Mission Basundhara, improvement in the health sector, the establishment of model schools in tea estates, microfinance loan waiver, Arunodoy, monthly scholarship to divyang students, clean and transparent employment mechanism in the Government, Gunotsav, Mission Bhumiputra, Mission Sambhavna, and the crackdown on corruption and graft are some of the areas where the State Government deserve a lot of credit.

Ans 1: The Assam Government led by Dr. Himanta Biswa Sarma is guiding all MLAs irrespective of party lines on a positive trajectory. An overall picture is being envisioned by the Government when it comes to development in Education, Health, Roads, Infrastructure. etc.  All constituencies are getting equal importance. Each of them are getting funds for development of ten or more Anganwadi centres.

Ans 2: In Barhampur, we are working on 12 anganwadi centres. A ₹ 10 crore fund meant for newly elected MLAs has helped us to work on the road project from Gamotha Village to Sapanola. It is on the verge of completion. Work on rural roads is also in progress. This will help develop infrastructure in rural areas. The important point here is that the Chief Minister has approved the construction of more than 50 km of pucca roads under various projects. Under Asom Darshan, grants have been given to 60 namghars so far. A sum of ₹ 2 crore has been sanctioned to the Maha Mritunjoy Temple. The Assam Cricket Association has been allotted 25 bighas of land for a cricket academy while a stadium is being constructed under a signature project. The Kampur Higher Secondary School will be upgraded to a MLA’s Model School. A model school is also coming up in Kandali Tea Estate, while work on the Nagaon Medical College is in full swing.

Ans 3: Arunodoy has made life better for the people of Assam. Atal Amrit Abhiyan has provided relief to patients and family members. The rightful use of the Chief Minister’s Relief Fund. Work in the health sector and a transparent appointment process has helped the Government win the trust of the people. I must say that all the schemes of the Government are people-friendly and that the Chief Minister has been able to take it to the people.