No Result
View All Result
Home Musings of a Chief Minister

Musings of a Chief Minister (January 2023)

in English Edition, Musings of a Chief Minister
0
0 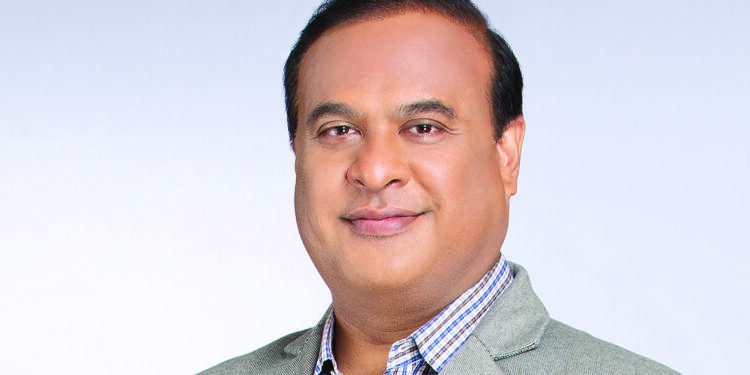 As the calendar year draws to a close, I look back with satisfaction at the relentless efforts put in by all wings of our Government to improve lives for the people of the State and to put Assam firmly on its way to becoming among the best five performing States of the country. I had in the recent past spoken about the importance of infrastructure in sustaining the growth trajectory.

In accordance with that, our Government has decided to infuse massive funding into the sector by launching an initiative called ‘A Fortnight for Development’ wherein we are keen to infuse a lot of capital to develop basic infrastructure in all the districts of Assam. It started on December 5 and as of now, we have committed ₹ 15,000 crore in nine districts of the State. I will not go into details of the project but having worked with the people for over three decades now, I know that these investments will make lives better for my fellow citizens in the State.
I can look back with satisfaction at the way we delivered to our people what we had promised. Schemes such as Orunodoi, and Mission Basundhara have been our crowning glories. We have taken a major stride in waiving off microfinance loans of our women while ensuring that our youths are not deprived of jobs because of the greed of some. We have put in a mechanism to ensure clean and transparent recruitment process. I have no doubt whatsoever that we are on course to achieve what we had set out to.

A very significant development in the last month was the partial commissioning of the JICA-assisted Guwahati Water Supply Project which is expected to meet the drinking water requirement in some localities before it covers the entire city. This project was almost a jinxed one until our Government decided that enough is enough and the people of Guwahati deserve access to potable water 24×7. Finally, after nearly 11 years, water started flowing into nearly 13,000 households to everybody’s satisfaction. Now that the first hurdle has been navigated, we are sure that by March 2024, we will be able to complete the entire project without any further delay.

We also decided to crackdown on drugs and its peddling this year with full force of the law. We have invested in our youths and we do not want them to be wasted by the habit of drugs. I am thankful to the Assam Police for cracking down hard on drug peddlers. Statistics, of course, point out their success in a big way, but if drugs are getting into the State, we cannot rest on our achievement. My Government’s goal is to make Assam drugs free, and I solicit the support of the people of Assam to act as a barrier against consumption and smuggling of drugs in their respective places. Not all battles are won based on force, persuasion and sensitization go a long way in many cases to do what force cannot.

This year we paid our long and overdue respect to Assam’s legendary general Lachit Borphukan. It is indeed a travesty of history that a personality of such a stature could not be given his due for over 350 years. Although what we have done does not restore the injustice that has been meted out to the General but as a Government we think we did whatever we could. I can assure you that this is just the beginning, and we will continue to put our resources, financial and physical, to secure him a place he deserves. He is not only India’s outstanding military general but will also find a place among the pantheons who fought for their motherland, without an iota of self-interest. His unwavering love for his motherland is an example for generations to follow, especially during such crucial times when our nationalism is being questioned.

I am happy to share with you the importance Prime Minister Narendra Modi and his Government has accorded to Assam as well as the North East. Beginning early February, our State will be hosting five meetings of the most prestigious economic forums in the entire world, the G20. This will accord us a window of opportunity to showcase to the world, our people and our diversity, our heritage, and our assets. This will be one occasion where we cannot afford to go wrong. I urge the people of the State to accord a warm welcome to these delegates from all over the world so that they carry back to their respective countries wonderful memories of the State.

Finally, as we come to the end of the year, I will reiterate my commitment and that of our Government to be unswerving in our commitment to the people and their progress. I know for sure that development has no meaning unless it is people-oriented. I wish the people of Assam and readers of Asom Barta a Happy 2023.