by AB Bureau
in English Edition, News From The State
9
0 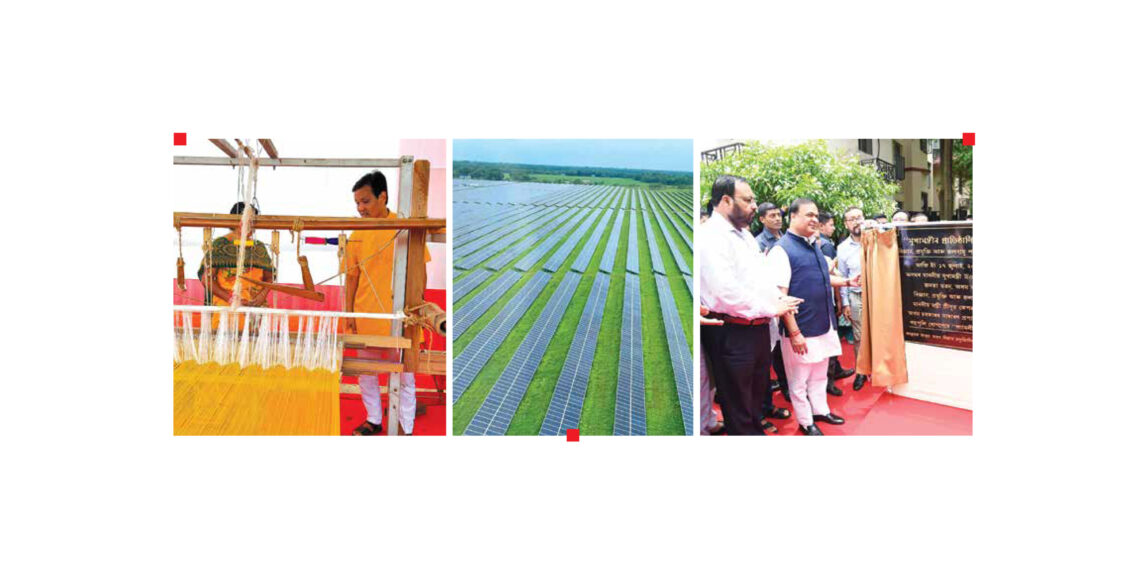 Here is a brief round-up of the activities of various departments:

Power:
Assam’s first solar power plant set up under Assam Solar Energy Policy, 2017 on a ‘Build, Own, Operate’ model was inaugurated by Chief Minister Dr. Himanta Biswa Sarma in the presence of Power Minister Nandita Gorlosa on July 19, 2022 at Lalpul, Udalguri.
A 25-MW Boko Solar Park at Bhalukghata was inaugurated by the Chief Minister on July 20, 2022 at Boko, Kamrup. The Power Minister was also present on the occasion.

Chief Minister Dr. Himanta Biswa Sarma launched the Chief Minister’s Institutional Plantation Programme (CMIPP) by planting a sapling at Janata Bhawan on July 17. The programme will continue till August 15. It is an initiative of the Science, Technology and Climate Change Department. The CMIPP will cover more than 80,000 institutional campuses under the Government of Assam.