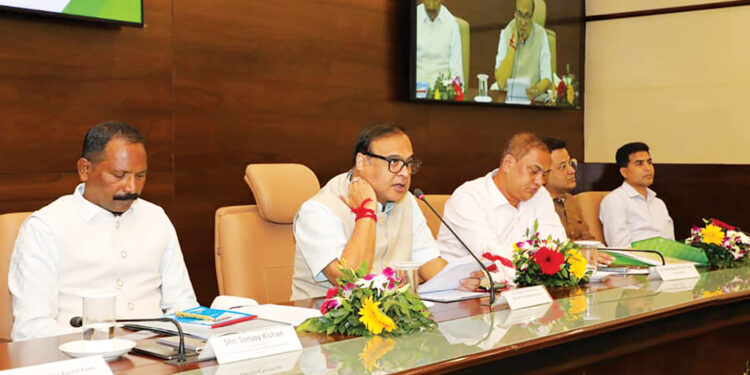 Here is a brief round-up of the activities of various departments:

The State Government on October 19 through the Home Department has increased the daily allowance of Home Guards in the State from
₹ 300 to ₹ 767 thereby benefiting nearly 24,000 home guards in the State. This decision has effectively made the monthly earning of a Home Guard as ₹ 23,010, a steep hike from the previous ₹ 9,000.

Department of Welfare of Tea Tribes

The Assam Chief Minister on October 17 attended ‘Humdar Moner Katha’ in Janata Bhawan in Guwahati where seven sub committees of the tea tribe community presented their recommendations on seven key focus areas for overall development of the community. During the meeting, he told the tea tribe representatives that his Government will formulate short term, mid term & long term plans for implementing these suggestions.

Chief Minister Dr Himanta Biswa Sarma met MLAs, DCs and representatives of district-level monitoring committee of all districts of the State through video conference on October 20 to review Orunodoi beneficiaries’ list. The Chief Minister directed the committees to prepare a fresh list within 10 days based on a survey done by college students and exclude or include names by citing proper reasons.