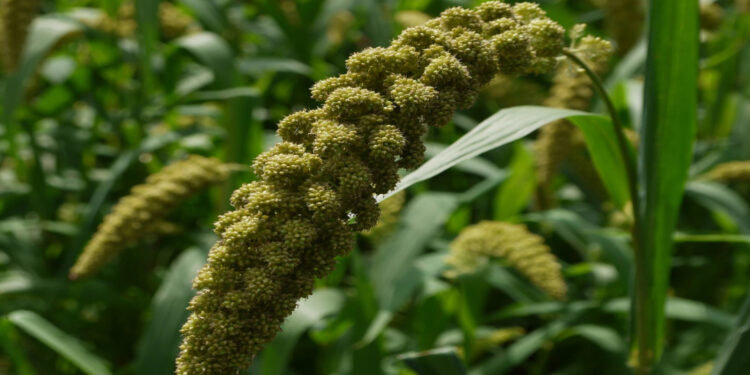 To give an impetus to the State’s agricultural production, the Assam Government has initiated the Assam Millets Mission (AMM) with a seven year mandate starting fiscal 2022-23. It is pertinent to mention that the United Nations General Assembly adopted an India-sponsored resolution to mark 2023 as the International Year of Millets.

The Government of India is committed to promoting millets and their cultivation. Accordingly, the Assam Government is also going to observe 2023 as the year of millets in true spirit

Roshni Korati, State Project Director (SPD) of ARIAS Society which conceptualised the AMM said that the activities under the Mission are being promoted in a value chain mode covering production, post-harvest, processing, value addition and market linkage aspects.

“One of the key focus areas of the Mission is to address nutritional needs of the population, particularly pregnant women, and lactating mothers and children as millets are high in nutritional value and impart many health benefits”, she said.

Under the Mission, millet-based products will be supplied in schools through the PM Poshan scheme (earlier mid day meal scheme) under the Axom Samagra Siksha Abhiyan. Plans are afoot to supply these products in Anganwadis and to lactating and expecting women through the Poshan Abhiyan.

As part of the Government’s initiative under the National Food Security Act, State governments have been advised to procure millets at minimum support price and distribute them under the Public Distribution System (PDS). Dr. Pranab Kumar Mahanta, Agri Adviser, APART said that Assam climatic condition is suited for growing a number of millet crops, particularly in the foothills. The major millets grown in the State are finger millet, fox tail millet and proso millet.

Millets are also referred to as smart food or nutri cereals, which are good for the consumers, the planet, and the farmers. “Finger millet has three times the amount of calcium as in milk, and most millets have very high levels of iron and zinc, low glycemic index, good levels of protein and fibre, and are gluten-free,” he informed this reporter.

Mahanta said that millets have a low carbon footprint and can survive and grow in warm climates with very little water. “They are climate-smart and hence constitute a good risk management strategy for farmers compared to rice and wheat crops, which require higher quantities of water and fertilizer supplements,” he added.
Under the Mission, finger millet crop demonstrations have already been set up in 15 districts. Various committees and bodies for effective implementation of the Mission activities have been notified.

Technical support of reputed organizations like International Crops Research Institute for the Semi Arid Tropics (ICRISAT), Hyderabad and Indian Institute of Millets Research (IIMR), Hyderabad is also being sought to ensure achievement of the desired objectives.